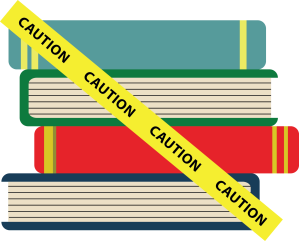 It’s a phrase we’ve seen and heard growing up, in movies and shows, warning us that questionable material may be ahead. However, a new kind of warning has extended to the world of academia—one that is given for much more serious reasons.

The use of trigger warnings in classrooms is growing as campuses attempt to create more accepting spaces. Trigger warnings originated in the feminist blogosphere to caution graphic descriptions of sexual violence, and they have migrated to university campuses.

Warnings are used to inform students of course material that has the potential to evoke strong emotional responses from students who have had traumatic experiences. As universities in the U.S. have adopted policies indicating content that warrants trigger warnings, critics have begun to argue that these policies impede academic freedom.

“Classrooms cannot be risk free zones,” read a statement the Canadian Association of University Teachers (CAUT) released in May about the use of trigger warnings. The association represents academic staff across the country and deals with cases of infringed academic freedom.

David Robinson, director of the association, said trigger warnings are a “brand new phenomenon,” and he’s seen it become an issue in the United States that is slowly moving into Canada.

“To what extent do students have a say in what could be potentially offending or disturbing material as presented in the classroom?” he asked. “To what extent is that an exercise of academic freedom on the part of the professor?”

The American Association of University Professors (AAUP), the American counterpart to the CAUT, issued a report last year on trigger warnings after Oberlin College created a policy requiring professors to issue trigger warnings for sensitive material including “racism, classism, sexism . . . and other issues of privilege and oppression.”

This policy received backlash from faculty and was later retracted. It prompted the AAUP to issue a report, stating that trigger warnings infringe on academic freedom and the “presumption that students need to be protected rather than challenged in a classroom is at once infantilizing and anti-intellectual.”

Robinson said CAUT takes a similar stance to the AAUP. According to CAUT, they argue that trigger warnings “encourage censorship, and the inappropriate surveillance of the classroom.”

Bill Skidmore, a human rights professor at Carleton, teaches courses on topics such as political repression. He said he provides a blanket warning on the courses’ syllabi. He also encourages students to talk to him, TAs, or someone else they feel comfortable confiding in if they are struggling with the class discussion.

Skidmore said he has taught students who have been personally affected by the sensitive content discussed in class, but he said this doesn’t make it something that shouldn’t be talked about.

“People come to these courses partly because they’re concerned about it and have direct experience,” Skidmore said. “They’re prepared to handle that. Even when one has been harmed or hurt, part of the ultimate goal is to work through that, to deal with it and speak out about it.”

Todd Pettigrew, an English professor at Cape Breton University, has a similar approach to Skidmore, but said it’s hard to find a balance between giving adequate warning and turning the content into something that’s terrifying and condescending to students.

“It’s hard to know exactly what is to be included because anything can be a trigger,” Pettigrew said.

Pettigrew said he doesn’t object to the use of trigger warnings if an instructor thinks it’s appropriate, but that should be kept to each instructor’s discretion.

“Where I think it becomes more of a concern is if there is an explicit policy that says you have to include warnings, particularly if that policy includes the ability to opt out of assignments or exams,” he said. “I think that could very dangerously compromise the intellectual freedom of the instructor and the integrity of the course.”

Pettigrew said that good literature will always have the capacity to upset people.

“Shakespeare’s full of violence—you can take just one play like Hamlet and find instances of torture, the abuse of women, suicide and murder, and that’s just in one play. So to put a trigger warning on Hamlet almost seems ludicrous because it’s filled with potentially upsetting things,” Pettigrew said.

Julie Lalonde, an Ottawa-based activist, said she thinks trigger warnings are important so people aren’t blindsided by something they didn’t expect to come up in the classroom.

As an advocate for survivors of sexual violence, Lalonde uses trigger warnings on her social media channels and in her personal interactions when she gives explicit or graphic details about people’s experiences. She said she finds that people appreciate her warnings as they often feel overwhelmed with graphic content on social media.

Lalonde said she believes there should be university policies encouraging professors to warn students about graphic or explicit content on the first day of class.

However, Pettigrew argued that “if every course is going to have a warning on it saying ‘this course could contain material that you could find upsetting,’ then the warning really doesn’t have any value because everything has a warning.”

Lalonde said she understands the argument that trigger warnings impose on academic freedom and said she believes this is “unnecessarily alarmist.”

“I think people are really grossly exaggerating what trigger warnings are about and when they can be used,” Lalonde said. “People are acting as though now academia is this super politically correct space and everyone is being policed all the time, and that’s not what it is. I think it’s just an empathetic way of teaching that also recognizes that we should all be triggered by this content.”

THINKING ABOUT THE AUDIENCE

The debate about trigger warnings is also present in Ottawa’s art scene. In spoken word poetry, when poems contain heavy material, poets can give a warning before their performance to allow audience members who have specific personal experiences with the topic the chance to leave.

Khaleefa Hamdan, director of Ottawa’s Urban Legends Poetry Slam, said he uses trigger warnings for certain poems, but he bases this on the situation and audience.

“They could be relatively new to spoken word and don’t know just how heavy the emotion can get with a poem, so I find it’s best to use it at showcases or to a crowd who’s hearing spoken word for the first time,” he said.

At the Canadian Festival of Spoken Word last week, Hamdan performed a poem about his niece who wears hearing aids and could have been born with cerebral palsy. Hamdan said he didn’t issue a trigger warning before the poem, and afterwards, he found a fellow poet in tears and upset from having personal experiences with the subject. Hamdan said he learned he should have used a warning with this poem, in respect for the audience.

“As artists, we’re performing for the audience, that’s the whole point of slam. It’s how you’re receptive to the audience when you’re performing and writing. We owe a bit of responsibility to the people listening to us. You can’t just dump heavy problems on people and just walk off stage,” he said.

Responsibility to audiences in a classroom is applicable, Hamdan said, adding that “people come with different experiences, issues that they’ve dealt with in their life,” and if they’ve experienced something like sexual assault, he said they would want to know if it was being talked about.

Lalonde said it’s for these reasons trigger warnings should be given ahead of time, to avoid having “people basically self-identify as a survivor and stand up in front of everybody
and leave the room.”

Andrea Howard, a psychology professor at Carleton, said there are situations when professors might want to issue trigger warnings. The discussion more recently has translated into enforcing trigger warnings when there’s any content whatsoever that could be disturbing. Howard said trigger warnings concerning truly disturbing content has trickled down to individual and unique experiences that might potentially cause discomfort.

Howard studies mental health and said avoidance-based coping is probably not the answer to overcoming trauma and has the potential to be detrimental to mental health.

She said it assumes that students who have experienced difficulties in the past are extremely fragile and need to be protected from similar future experiences.

The general approach to therapeutic treatment is to become more comfortable with being conscious of the past experience and be prepared to face examples of that in the future, accoring to Howard.

“[The solution is] not essentially coddling students through four years of university under this blanket of having safe spaces for all students—meaning that ‘don’t worry, you don’t ever have to see or hear or discuss anything that may be uncomfortable to you because we want to make you feel safe’ is not realistic preparation for living an independent life where you’ll be encountering situations you can’t control,” Howard said.

She said students shouldn’t have their mental health needs handled by a classroom instructor because they’re not trained.

Instead, Howard said she thinks there need to be adequate services outside of the classroom to help students seek professional help.
Carleton offers these resources through Health and Counselling Services and Equity Services.

Skidmore said his biggest concern with the overuse of the term ‘trigger warning’ is that it focuses on “great weakness and helplessness amongst people as opposed to recognizing people are resilient.”

“I’ve known lots of people who have gone through torture, seen the ugliest stuff you can imagine,” Skidmore said. “I will invite these people to class and part of that is to provide the example that people, yes, are victimized but they’re also survivors . . . I think that’s important to see, that people will not be destroyed by what’s been done to them.”

Lalonde also said the conversation needs to shift from being about the use of trigger warnings to the underlying issue.

“We’ve reached a point where we’re so oversaturated with horrible tragedy that we need something to shake people out of their apathy—that, to me, is actually the conversation we should be having,” she said.

[Graphic by Shirley Duong, the Charlatan]